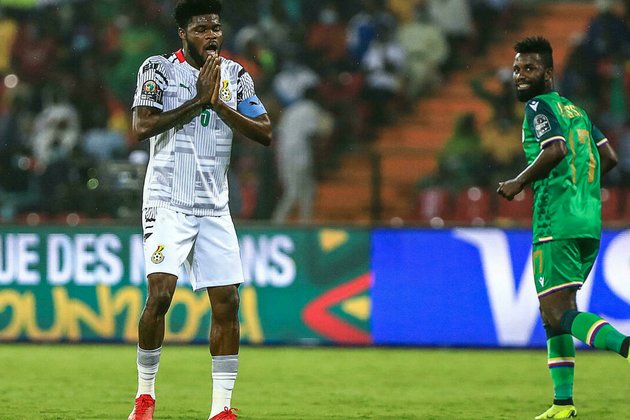 Four-time champions Ghana were eliminated from the Africa Cup of Nations after crashing 3-2 to minnows Comoros in Group C on Tuesday in Garoua. This came as Morocco twice came from behind to draw 2-2 with Gabon in Yaounde on Tuesday and finish top of the group.

El Fardou Ben Mohamed scored Comoros' first ever goal at the continental finals before Ahmed Mogni added a second just past the hour-mark. Goals from Richmond Boakye and Alexander Djiku levelled the game up for Ghana, but Mogni grabbed a winner for the tiny island nation with five minutes remaining.

It is the first time in their history that Ghana have failed to win at least one pool stage match having made 22 past visits to the finals, their cause not helped in Garoua by playing for 65 minutes with 10 men after a harsh early red card for lead striker Dede Ayew.

Ghana are four-times winners of the tournament, although not since 1982, and last reached the final in 2015.

Their post mortems of the campaign will not only centre on what happened on the field, but also the atmosphere and environment around the team that appeared toxic from the start of the competition.

Comoros took an early lead when Ben Mohamed drilled the ball low into the bottom corner of the goal from the edge of the box, before Ghana were reduced to 10 men on 25 minutes in what appeared a harsh call.

Kamaldeen Suleymana's shot was spilled by Comoros goalkeeper Ben Salith Boina, who was caught by the outstretched boot of Ayew as both went for the loose ball.

There is no doubt that the striker was trying to score, and Malian referee Boubou Traore seemed to think nothing of it until prompted to have a look on the pitch-side screen by the Video Assistant Referee. He then changed his decision.

Mogni bagged a second for Comoros, but Ghana gave themselves hope by dragging the game back to 2-2.

Boakye's looping header from a corner found its way into the net, before Djiku scored at the back post from another set-piece.

But as they pushed forward in search of a winner, Ghana were always going to be vulnerable at the back and Mogni was able to score a famous winner for Comoros from close-range.

Morocco finished Group C with seven points, two points ahead of second-placed Gabon, as Achraf Hakimi hit a stunning free kick six minutes from the end to save them from an upset defeat against a Gabon side which had eight players ruled out due to Covid infections, including talisman Pierre-Emerick Aubameyang.

Jim Allevinah's goal put Gabon ahead at halftime but Sofiane Boufal equalised with a 75th-minute penalty, only for Aaron Boupendza to put Gabon back in front in the last 10 minutes.

>> As it happened : Malawi hold uninspired Senegal to a goalless draw

Meanwhile in Group B Senegal were held 0-0 by minnows Malawi in Bafoussam on Tuesday despite the return of stars Edouard Mendy, Kalidou Koulibaly and Idrissa Gueye, but still won Group B at the Africa Cup of Nations.

On an evening of surprises, Guinea fell 2-1 to already-eliminated Zimbabwe in Yaounde and scraped into the round of 16 as runners-up thanks to a better head-to-head record than Malawi.

Brave Malawi finished third and must wait until Thursday to see if they will be among the best four third-placed teams and qualify for the second round.

Senegal came to the Africa Cup of Nations as one of the favourites but have won only once and scored only once -- from a Sadio Mane penalty -- in three matches.

(FRANCE 24 with REUTERS and AFP) 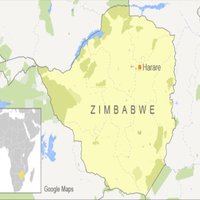