This follows revelations of rampant overpricing of government supply contracts, with two local firms recently quoting the Parliament of Zimbabwe highly inflated prices for the supply of laptops and desktops.

Treasury immediately cancelled the tender and ordered the blacklisting of the two companies from future government supply contracts.

Speaking at a press conference Monday, Finance and Economic Development Minister Mthuli Ncube said in another case, a 2 kg packet of chicken was claimed to be worth 30 U.S. dollars when the maximum market prices was 6 dollars.

"We have seen a bag of cement being priced at an equivalent of 18 U.S. dollars on some construction projects. Such, ladies and gentlemen, is the extent of overpricing which is rendering the government budget inadequate and our position as government is that this is not acceptable," Ncube said.

He said all existing contracts will now be subjected to a value for money audit before payments are made.

"The value for money process will now result in punitive measures being taken against any government officials found to be complicit to overpricing and procurement malpractices while suppliers will be blacklisted and excluded from future supply contracts," he said.

The government, Ncube added, would enforce strict adherence to the value for money audit process and embed it into the procurement cycle for all goods and services.

This was because it had been noted that government ministries, departments and agencies were not exercising due diligence, especially regarding the value for money in terms of pricing.

Meanwhile, Ncube said while government supply contracts had been undergoing a validation exercise, Treasury had continued to pay up on those that met the value for money criteria.

The government last month suspended all payments to its contractors as part of measures to curb inflation as most of them were quoting using parallel market rates. 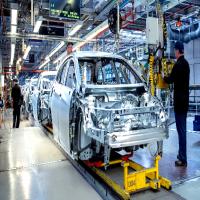