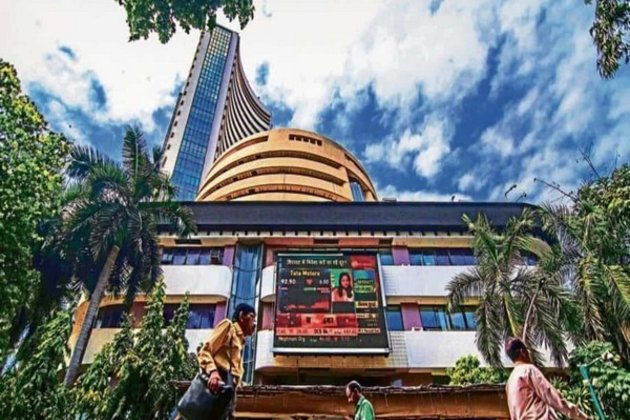 Mumbai (Maharashtra) [India], October 3 (ANI): Indian markets traded flat and were in negative territory during morning trade on Monday, tracking weak global cues. The 30-share index was down 194 points to 57,231 whereas Nifty50 dipped 52 points to 17,042 at 9.30 IST on Monday.

With the volatile environment, experts expect markets will focus on manufacturing and services data, currency trends and global cues. Eventually, it is anticipated that their attention will shift towards September quarter earnings.

The robust sales figures of the automobile sector are also one of the factors which could influence the investors' mind during Monday's session.

Some of the SP BSE LargeCap stocks trading in the green today were Indus Towers, Nyka, IOC, DMart, Hindustan Zinc and Zydus Life. Apollo Hospitals, NTPC, ONGC, Eicher and CIL were among the most active stocks in Nifty50 index. Hindalco, MM and Asian Paints were trading in the red.

The rupee witnessed range-bound movement on Friday and was trading 12 paise higher at 81.61 against the American currency after RBI monetary policy announcement. While announcing the latest monetary policy, RBI Governor Shaktikanta Das said the rupee movement was orderly against the US dollar and the local unit depreciated only 7.4 per cent this year till September 28.