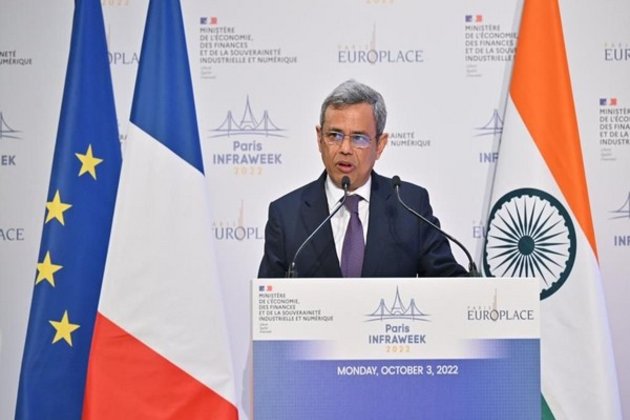 The event was attended by various dignitaries on Monday.

Notably, India and France have always had traditionally close and friendly relations. In 1998, the two countries entered into a Strategic Partnership which is emblematic of their convergence of views on a range of international issues apart from a close and growing bilateral relationship.

The two countries have a burgeoning economic relationship. French businesses and industry have forged linkages with the Indian economy and contribute significantly to our goal to become an Atmanirbhar Bharat.

There are over 1000 French businesses in India in variegated sectors such as defence, ITES, consulting, engineering services, heavy industry et al. France is the 7th largest foreign investor in India with a cumulative FDI stock of USD 9 billion from April 2, 2000, to December 2020, which represents 2 per cent of the total FDI inflows into India.

Moreover, during the second wave of COVID-19 in India, France also supported India with a massive solidarity mission launched at the request of the President of the French Republic.

The operation was implemented by the Embassy of France in India led along with IFCCI and Team France. During this mission, 55 crores (6.1 million euros) were raised from 55 French and Indian groups for donating 29 state-of-the-art French-made oxygen-generating plants to Indian hospitals across the country.

France is also a fast-growing Indian partner in defence cooperation and the two countries share a strong strategic and defence partnership. As seen in the timely delivery of the Rafale despite the pandemic, the two sides enjoy synergy in the field of defence. In February 2022, India received the eighth batch of three Rafale fighter aircraft from France. (ANI)