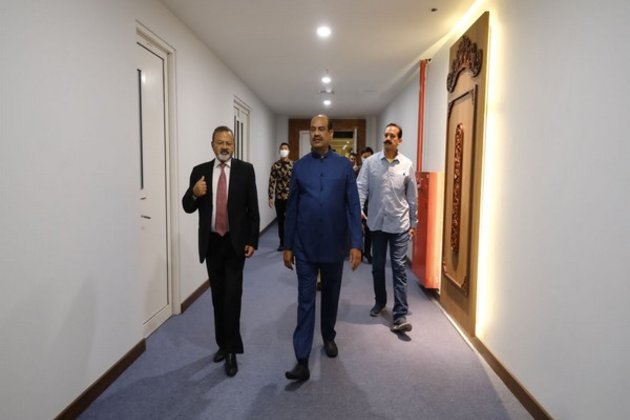 Birla is leading the Indian delegation of the P-20 conference (organization of the parliaments of G-20) to Jakarta comprising Rajya Sabha Deputy Chairman Harivansh, Secretary-General of Rajya Sabha PC Mody, and other officials.

He was welcomed by the Indian Ambassador to Indonesia, Manoj Bharti.

Birla will address many important issues at the conference.

"Leaving for Jakarta, Indonesia with Indian Parliamentary Delegation to attend Eighth G20 Parliamentary Speakers' Summit (P20) from 5-7 October. Will address the Summit on important issues and hold bilateral meetings with my counterparts from friendly countries. G20Indonesia," tweeted Birla before leaving for Indonesia.

As oversight authorities, the parliaments of G20 countries have a crucial role in ensuring governments are held accountable for implementing decisions.

The G20 is made up of 19 countries and the European Union. The 19 countries are Argentina, Australia, Brazil, Canada, China, France, Germany, India, Indonesia, Italy, Japan, Mexico, the Republic of Korea, South Africa, Russia, Saudi Arabia, Turkey, the United Kingdom, and the United States of America.

Notably, India will be hosting the G-20 (Group of 20) leaders' summit in New Delhi next year in 2023. The 17th G20 Heads of State and Government Summit will be held in Indonesia in November 2022, after which India will assume the presidency of G20 from December 2022.India is assuming the Presidency of the G20 for a year.

The presidency of the G20 rotates every year among members, and the country holding the presidency, together with the previous and next presidency-holder, form the 'Troika' to ensure the continuity of the G20 agenda.