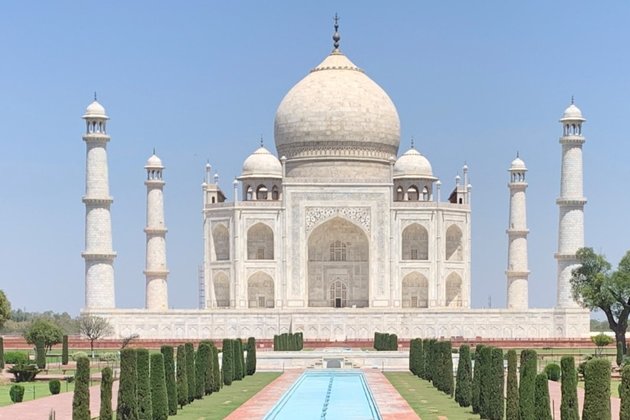 A leader from Narendra Modi's ruling Bharatiya Janata Party (BJP) has filed a petition to India's Supreme Court seeking the establishment of a fact-finding committee to 'study the real history' of the Taj Mahal, a 17th-century mausoleum.

In his petition last week, Rajneesh Singh, head of the BJP's media relations in Ayodhya, north India, said although it is said the Mughal emperor Shah Jahan built the Taj Mahal, there is no 'scientific evidence' to prove this as fact.

Singh noted in his petition that in response to a Right to Information (RTI) query, India's National Council of Educational Research and Training [NCERT] told him that 'no primary source' was available to confirm that Shah Jahan built the Taj Mahal. NCERT is an Indian government body that was established to help improve school education in India.

By also filing an identical RTI query to the Archaeological Survey of India (ASI), he failed to get a 'satisfactory reply' about the origin of the Taj Mahal, Singh's petition said.

The court should convene a fact-finding committee, consisting of historians and archaeologists, 'to study the origin of the Taj Mahal, to clarify the history and put to rest the controversy around the monument,' Singh wrote in his petition.

Singh filed the petition to the Supreme Court after the Allahabad High Court on May 12 rejected his previous petition, in which he urged the court to direct the ASI to open some sealed rooms of the Taj Mahal to see if any Hindu idol lay there.

Right-wing Hindu groups have sometimes asserted the Taj Mahal is a Hindu temple since 1989 when Indian writer P.N. Oak published 'Taj Mahal: The True Story.' In his book, Oak wrote that it was built as a Hindu temple in the 12th century and used to be called Tejo Mahalaya, or the Palace of Lord Shiva.

They say Shah Jahan converted Tejo Mahalaya to Taj Mahal in the 17th century, much the way the Mughal rulers destroyed Hindu temples and converted many of them into mosques and Islamic structures.

The groups are demanding the Taj Mahal be transferred to Hindus, and they say they would 'convert it back' to a temple of Hindu deity Shiva and worship there.

In 2017, a group of lawyers petitioned a court in Agra seeking a judicial intervention to get the Mughal-era tomb - a UNESCO world heritage site - declared as a Hindu temple. Weeks later, in a statement to the court, the ASI said the Taj Mahal was indeed a Muslim mausoleum built by emperor Shah Jahan to honor his deceased wife, Mumtaz Mahal.

The fact that Shah Jahan built the structure is attested to by the Persian-language official chronicles and other accounts of the period, as well as by the historical accounts and travelogues written by some 17th-century European travelers such as Jean-Baptiste Tavernier, Niccolao Manucci and Francois Bernier, said Syed Ali Nadeem Rezavi, a professor of medieval history at India's Aligarh Muslim University.

'There are also a large number of preserved documents, both from the Mughal court and the House of Amber, the Kachhwaha clan rulers of medieval Jaipur, showing the Mughal emperor built the Taj Mahal as a tomb,' Rezavi, an expert in medieval archaeology and architecture, told VOA.

'From India, Bernier, a scholar, wrote several letters back home. 'Bernier's Travels in the Mogul Empire' - a book on Bernier's letters from India - carries the translation of one letter in which he described how he took a newly arrived Frenchman to the site of the 'under-construction tomb' of Mumtaz,' he said.

Temple claim 'based on fantasy'

At the Bikaner Archives (Rajasthan state archives) and City Palace Museum in Jaipur, there are numerous original Mughal and Kachhwaha documents showing how the land for the tomb was purchased by Shah Jahan from Kachhwaha ruler Jaisingh, detailing the way in which the construction materials were procured, and laying out the costs for transporting those materials to Agra, Rezavi said.

'The farman, or edict, which shows in return for the land for the tomb in Agra, Shah Jahan granted four times larger land to Jaisingh, and the letter of acceptance of the land by the Kachhwaha ruler - both documents survive,' he said.

In the eyes of the outsiders, the Taj Mahal defines India, Delhi University professor Apoorvanand, who uses one name, told VOA.

'That an icon created by a Muslim represents India is a thought which is repulsive to the adherents of the politics of Hindutva. This is why they are striving to prove that it was originally built by Hindus,' Apoorvanand said.

'They [the Hindutva groups] cannot accept that Indian culture has been shaped by Muslims? For them, everything was originally Hindu, later being converted into an Islamic shape. They are only seeking to restore them to their original Hindu status, they say.'