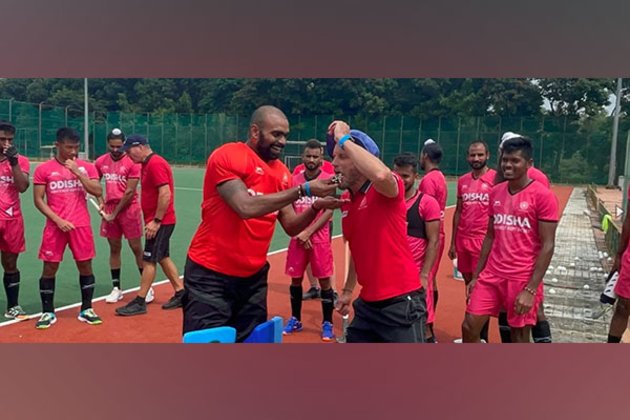 New Delhi [India], October 5 (ANI): Ace Indian Hockey goalkeepers PR Sreejesh and Savita expressed gratitude upon being awarded the Goalkeeper of the Year at the FIH Star Awards 2021-2022 for their outstanding performance in important events like the Tokyo Olympic Games, FIH Hockey Pro League among others.

Thanking his fans who voted for him, Sreejesh said, "No doubt, this is a special award because the hockey fans are voting for us. This is a big honour for me and a testimony to all the hard work. I would also like to thank Hockey India, Ministry of Youth AffairsSports, SAI and Odisha Government for all the support they have given us."Sreejesh is currently in SAI Centre, Bengaluru along with his teammates in the Core Probable Group preparing for the FIH Hockey Pro League. He added that awards are always a motivation to excel. "Winning awards, no matter at what stage in your career you are at, is always a motivating factor. This award surely motivates me to further improve and do well in an all-important year where we will play the FIH Odisha Hockey Men's World Cup Bhubaneswar-Rourkela 2023," stated the experienced goalkeeper.

The Hockey World Cup 2023 will begin on January 13 and continue until January 29, with four pools of four teams battling it out for the Championship trophy. India is placed in pool D along with Spain, England and Wales. Currently fifth in the hockey rankings, Graham Reid-coached India is the top-ranked side among the four teams in Pool D.

Savita, meanwhile, expressed surprise over her winning the award and said, "This surely is a big surprise and a very pleasant one. I am sure many Indian hockey fans voted for us and I thank each one of them."The Indian Women's Hockey Captain who is currently in Rajkot, Gujarat, participating in the National Games for her home state Haryana said, "It is great that Mumtaz Khan from our team also won the Rising Player of the Year category. I am sure such recognition will encourage more women to take up the sport and do well."National Games are being held in the state of Gujarat for the very first time. It will be organised from September 29 to October 12, 2022. Nearly 15,000 sportspersons, coaches, and officials from across the country will be participating in 36 sports disciplines, making it the biggest National Games ever.

The sporting events will be organised in six cities of Ahmedabad, Gandhinagar, Surat, Vadodara, Rajkot and Bhavnagar. (ANI)